Everyone knows the importance of oral hygiene. However, while most people take good care of their teeth, some tend to forget to care for their gums, too. The thing is the gums are the foundation of your teeth. Without proper gum care, you risk a range of oral health issues even with clean teeth.

The primary sign of gum problems is bleeding gums. This is present in about one in three people in varying degrees. As such, many assume this is normal. There is nothing normal about bleeding gums, however. To this end, a visit to a dental clinic in Townsville is essential as soon as you notice even just a speck of blood on your toothbrush or floss.

The following are some of the standard oral health problems that bleeding gums might indicate.

Dental plaque starts as a sticky and colourless deposit at the base of your gums. If this is not adequately removed, it continues accumulating and turns into a hard and yellow substance along your gum line. The plaque will eventually separate your gums and teeth.

Consequently, this leads to a sensitivity of the gums due to exposure of your tooth roots and the gums will easily bleed even with minimal trauma such as that associated with brushing. If this is the issue causing your bleeding gums, the dentist will recommend root scaling and planing. This is a deep cleaning procedure that gets rid of the plaque.

This is the inflammation of your gums secondary to a bacterial infection. Gingivitis commonly occurs when food is trapped in your gums and forms small infection pockets. Left untreated, gingivitis develops into a severe type of gum disease known as periodontitis. This generally requires surgery to treat. Proper flossing and brushing will keep gingivitis at bay. 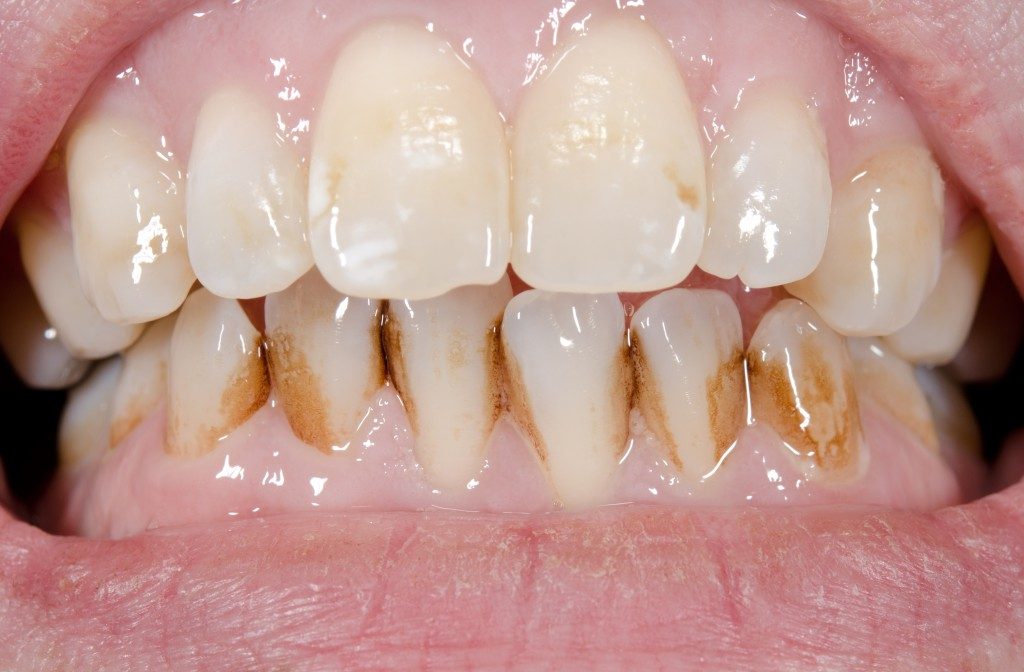 Untreated dental cavities also affect the gums. This is because the cavities invade the inner layers of the teeth and reach the gum line. The gums, in turn, get inflamed as they try to ward off the infection. In this instance, even the lightest touch results in bleeding.

Dentists always advise people who wear dentures to be especially vigilant as regards their dental hygiene. If you fail to clean your dentures and gums daily, plaque accumulates between the dentures and gums, resulting in gum inflammation and consequently bleeding. Ill-fitting dentures also scrape the gums and cause them to bleed.

Flossing is meant to remove plaque from your gum line. If you do not frequently floss, there will be some bleeding when you do so as you get rid of the excess plaque. Flossing or brushing too vigorously might also irritate your gums and cause bleeding.

There are also various medical conditions that might cause bleeding gums. Your first stop, however, should be at a dentist’s office to rule out the above oral health issues before consulting a physician. Routine dental checkups and oral hygiene education will avert most of these issues. It is thus essential to keep all your dentist appointments even if you have no apparent dental problems.