Bulimia is a serious illness that involves eating large amounts of food, or bingeing, and then trying to get rid of the calories through purging. Purging usually entails vomiting and using laxatives, diuretics, and diet pills.

This cycle of bingeing and purging can wreak havoc on your entire body. Here are just some of the ways that this eating disorder can affect you.

The cycle of bingeing and purging can take a huge toll on your digestive system. According to a study, 98% of women with an eating disorder have a functional gut disorder, while 50% met the criteria for Irritable Bowel Syndrome (IBS).

There are also other gastrointestinal complications that are associated with bulimia, such as gastroesophageal reflux disorder or GERD. Also known as acid reflux, GERD is when the stomach’s contents go back up into the esophagus. The overuse of laxatives, diet pills, and diuretics can also make it difficult to have a bowel movement without them, resulting in constipation and hemorrhoids.

Bulimia can be especially damaging to your teeth and mouth. Vomit is toxic as it contains stomach acids that can corrode teeth. It is enough to wear away tooth enamel, contributing to tooth decay and cavities. As the corrosion becomes worse, your teeth may also turn brittle and yellow. They can chip easily and look ragged at the bottom.

The acids in vomit can also irritate the inside of your mouth, leading to swollen salivary glands and mouth sores. Damaged salivary glands can cause dry mouth, a condition caused by a lack of saliva to keep your mouth wet. Dry mouth can affect the way you eat and even further damage your teeth.

Repeated vomiting can also harm your throat and lead to throat sores, which, like mouth sores, can swell up and become infected. It can make you feel like you constantly have a sore throat. 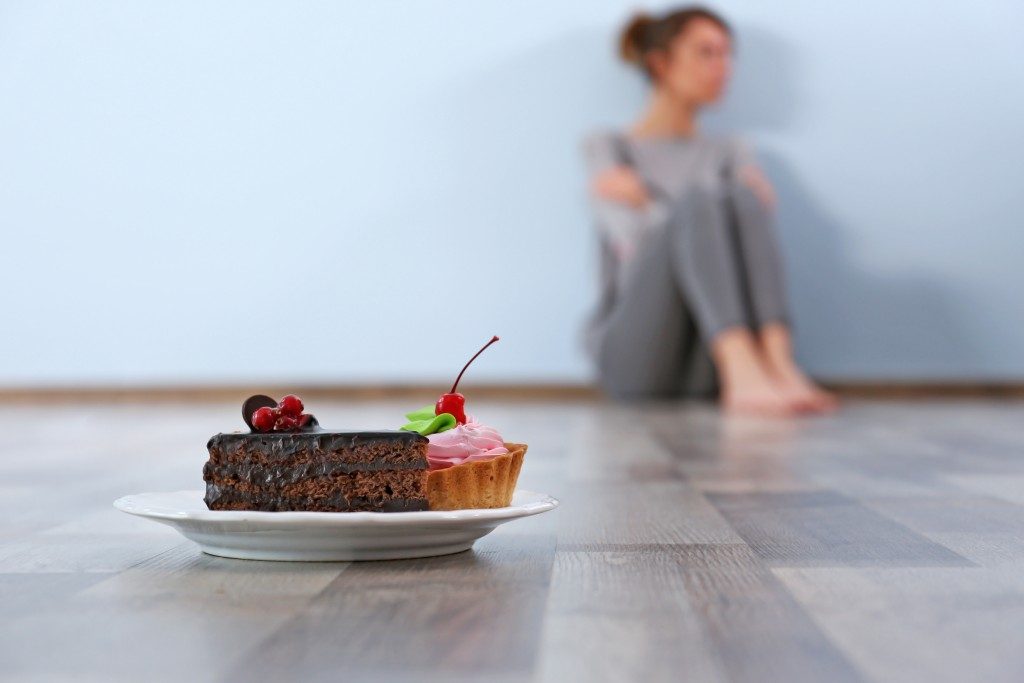 Constant purging can cause dehydration, which can throw your electrolytes out of balance. This, in turn, can put a strain on your heart and cause irregular heartbeats, heart palpitations, weakened heart muscles, and even heart failure. Bulimia can even cause anemia, low blood pressure, and a weak pulse.

When you frequently binge and purge, you can have nutritional deficiencies. These deficiencies can cause a hormonal imbalance that can affect your reproductive system. Women with bulimia have an increased risk of miscarriage. Their menstrual cycles can also become irregular or stop altogether.

Like all eating disorders, bulimia is a mental illness that is formally recognized in the Diagnostic and Statistical Manual of Mental Disorders, Fifth Edition (DSM-5). Bulimia is often rooted in low self-esteem and a negative body image, which are also associated with depression, anxiety, and obsessive-compulsive behaviors. Some people can become so depressed that they become suicidal.

Bulimia is a dangerous illness that affects the entire body. If you or someone you know has bulimia, you should make a treatment plan immediately so that healing can take place as soon as possible.