I’ve been instructing yoga sessions for two years now, and one of the things I’ve noticed is that, in the past year, I’ve rarely gotten a cold or felt sick. Back in high school, I was known as that kid who would always get sick at the slightest temperature change. But once I started doing yoga and saw the changes in my body, I wanted to know if my practicing yoga had something to do with my improving health.

Despite my experience in yoga, I still roll my eyes when I see yoga practitioners try to explain away the health benefits of yoga using pseudoscience or whatever Hindu word they remember and try to incorporate into their sentences. So, I did some digging to find some reliable science and health websites talking about yoga, and I found that my observations might be true: yoga has been studied by researchers in the past, and they’ve found that yoga does provide mental and physical health benefits. 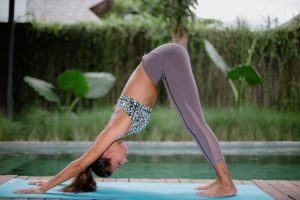 Metabolic syndrome is when a patient’s body resists insulin, a natural substance in the body used to turn sugar into energy. When sugar can’t be converted, it remains in the blood and puts a person at risk of diabetes heart attack, high blood pressure, and too much fat and cholesterol in their body.

Research from theScandinavian Journal of Medicine & Science in Sports found that people with metabolic syndrome who practiced yoga for one year at least thrice a week for one hour had more anti-inflammatory substances in their blood. These anti-inflammatory proteins could help the inflammation and pain common with metabolic syndrome, which could help patients manage their symptoms.

Many people practice yoga supposedly to lower their stress and relax, and there’s actually scientific evidence to support it. Cortisol is a hormone released to induce the feeling of stress. The body releases it from the adrenaline glands in times of crises as a way to temporarily shut down unnecessary body functions. It’s supposed to be for times when you know you’re in danger or you’re about to give birth, but when you’re in a very stressful situation, your adrenal gland may secrete more cortisol than necessary, making you stressed.

One study found that yoga could negate the effects of cortisol. Using two dozen female participants who saw themselves as emotionally distressed, the researchers made them practice a yoga program for three months. The researchers found that, after the program, the participants had less cortisol in their system and had lower levels of stress, tiredness, and depression. A separate but similar study can also back up these findings, showing that a 10-week yoga routine could improve mental health by decreasing stress and anxiety.

These effects may be why many who are under the spectrum of anxiety disorders use yoga as a form of coping and reducing their feeling of anxiety. A study of people diagnosed with anxiety disorders participated in yoga classes twice a week for two months. By the end of the study, the participants had much lower levels of anxiety.

The same was applied to people with post-traumatic stress disorder (PTSD). After 10 weeks of yoga, over half of the participants no longer had enough symptoms to be diagnosed with PTSD.

And it’s these effects which make it possible to also fight depression and its chemical imbalance. Part of depression is a lack of serotonin, or a hormone that deals with happiness and well-being. When you have too much cortisol, you are at risk of decreasing serotonin levels, which could increase the likelihood of triggering depression.

One study found that participants with depression and alcohol dependence that practice yoga for two weeks had much lower levels of cortisol and the hormone responsible for cortisol release. The study suggests that, along with traditional mental health treatment, yoga can be used to help prevent triggering patients from feeling depression. 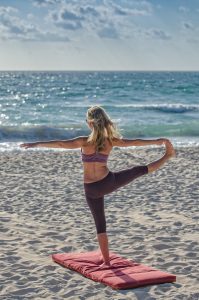 The calm but effective workout yoga provides helps pump blood throughout the body, which provides benefits for your overall health. In fact, studies show that yoga can improve cardiovascular health and reduce heart disease and other related conditions.

People over 40 who have practiced yoga for over five years generally have a lower blood pressure and pulse rate compared to people in the same age group who don’t. High blood pressure is one of the causes of heart attacks and stroke, and lowering blood pressure for elderly people can help reduce the risk of it.

Along with a healthy diet, people can also decrease their bad cholesterol and slow down the risk of heart disease. A study of 113 heart disease patients found that practicing yoga for a year could stop the progression of heart disease in 47 percent of patients.

I mentioned earlier that practicing yoga increased the anti-inflammatory proteins that helped reduce metabolic syndrome. Inflammation in the body causes pain, and repeated inflammation may already be a symptom of chronic pain. Practicing yoga, therefore, could help patient experiencing chronic pain and mitigate these sensations.

A study found that yoga has helped patients with carpal tunnel syndrome after eight weeks of routine. It was more effective than wearing a wrist splint, a brace used to compress the hand for carpal tunnel treatment. 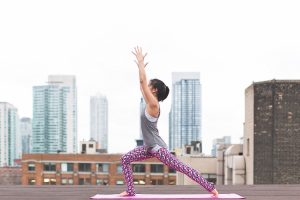 As you grow older, some conditions make it harder for you to sleep soundly. These include obesity and depression. However, studies found that adding yoga to your routine could help you sleep better. It prolongs your sleep and makes you feel more rested.

This is possibly due to melatonin, a hormone that regulates sleep and how active you are throughout the day. Researchers found that yoga practitioners were more likely to have more melatonin secreted that those who didn’t practice yoga.

Part of yoga’s teaching is learning how to control your breathing through exercises. Research has found that what you learn in one yoga session goes beyond the studio and practiced in everyday breathing. In respiratory terms, your vital capacity is the amount of air your can exhale from your lungs. People with lung disease, asthma, and cardiovascular diseases have a difficult time exhaling, but studies have found that those who took yoga could increase their vital capacity.

Yoga provides plenty of mental and physical benefits. It’s more than just a weekend workout, it’s also a way to keep you calm, keep your mind relaxed, and your body moving. These three benefits, combined with the benefits of a proper diet, can lead you towards the road of a healthier mind and body.