There’s nothing cooler and more refreshing to quench your thirst on a hot day than a tall glass of ice cold lemonade. It’s the perfect drink for summer get-togethers, midday lunchtime treats, or even just after a quick workout routine. It’s also a breeze to prepare, making it the perfect complement to any meal and a highlight of those hot summer holidays. Summer just isn’t summer without that bright and yellow pitcher of lemonade on the table.

But what about pink lemonade?

Fresh lemonade will always be one of those timeless favorites that people of all ages have you ever wondered what the difference is between pink lemonade and regular lemonade? Beyond their colors, the two don’t have any obvious differences. Both are made from lemons and they taste mostly the same. Variations in flavor usually depend on the additional ingredients.

Still, since they have different names, they’re bound to have differences. Let’s get down to the bottom of this pink lemonade vs lemonade debate by starting with their origins.

The History of Regular Lemonade

Water, lemon juice, and sugar – lemonade hasn’t changed much in the last 1,000 years. For as long as life has been throwing us with lemons, people all over the world, from the ancient Egyptians to legendary pop star Beyonce, have been making lemonade.

The lemon’s exact origin is not easy to establish, but recent studies clarify its lineage as a citron and sour orange hybrid. Research from the science journal Nature reveals that the discovery of fossilized leaves in the Yunnan province of China proves that citrus fruits have been around since 8 million years ago, during the late Miocene epoch.

The frescoes of Pompeii and mosaics of Rome also depict images of citrus fruits resembling oranges and lemons. However, there’s no written or paleobotanical evidence that they existed there. The earliest written reference to the lemon tree can be found in a 10th-century Arabic farming book by Qustus Al-Rumi.

Lemonade was first recorded in Ancient Egypt by Nasir-I-Khusraw, a Persian poet who wrote about daily life in Egypt around 1050 AD. The poet recorded a drink the Egyptians called qatarzimat, a mixture of lemon juice, sugar, and other ingredients. Historians believe the drink likely originated from the Far East Asia nations such as China, Myanmar, or India, where lemons also originated.

From Paris with Love

Flash forward to 17th century Europe and lemonade can be found on the streets of Paris. Made of lemon juice, honey, and sparkling water, vendors sold it from tanks strapped to their backs. While the drink was well-loved by Europeans in general, lemonade became so popular in Paris that it even helped them fend off the plague.

By the 18th century, Americans got their first taste of the refreshing drink as immigrants from Europe brought it along with them. During the Victorian era, the women’s temperance movement advocated for lemonade to be a replacement beverage to alcohol. One Sunkist slogan read: “Goodbye to liquor, here’s to lemonade.” Frontier families who didn’t have access to citrus fruits absolutely savored lemonade. Folks would wait in line for a taste of the rare and refreshing treat, dipped straight from barrels.

What about Pink Lemonade’s History?

The major difference between lemonade and pink lemonade’s origins is that the latter one involves clowns.

Yep, that’s right, clowns. Pink lemonade first appeared in the US in the 1800s, often sold at circuses, carnivals, NYC street stands. Some claim it was invented by Pete Conklin, who sold regular lemonade at a circus when he ran out of water and used leftover water to make a batch of lemonade. The leftover water had just been used to wash a clown’s pink stockings. The resulting pink lemonade was a hit and it sold more quickly than regular lemonade.

If that story’s too gross for you, others claim it was invented by Henry Allot, a saloon keeper who inadvertently dropped a box of red-colored cinnamon candies into a vat of regular lemonade. In typical “the show must go on” style, he sold them anyway and the resulting pink lemonade sold out more quickly than the regular kind. It was a fluke, but a new recipe was born.

But while pink lemonade has its own string of urban legends, it’s most likely a bartender brew for its similarity with other cocktails. Don’t let its seemingly unsanitary origins scare you.

We’ve covered their histories; now let’s talk about everything else that makes them different from each other.

Regular lemonade is usually clear or cloudy, most of the time colorless. Its cloudiness is characterized by its combination of water and raw lemon fruit juice.

Pink lemonade, as the name suggests is pink. It gets its vivid pink or dull red color from added ingredients such as red food dye, cranberry, strawberry, or other fruit juice. Some recipes also use infused drinks such as peach water.

Although pink lemons do exist, otherwise known as eureka lemons, the juice that it produces is as clear as a regular yellow lemon.

Additional info: Some researchers state that pink lemonade has a calming and relaxing appearance due to its bright and youthful color. It tricks your brain into thinking that it’s the perfect beverage to unwind with, which is probably why it has a lasting popularity.

Regular lemonade is tart, tangy, sweet and packed with so much lemon flavor that it makes your mouth water. They taste like summer in a glass. Lemonade gone wrong is usually too watery, too sweet, or too sour. For lemonade to taste great, there should be a comforting balance.

What’s the flavor of pink lemonade? Typically, pink lemonade tends to be sweeter either due to the artificial coloring/sweetener or the added fruits. The overall flavor depends on the type of fruit juice you use for your recipe. If you use strawberries, the lemonade will taste different compared to if you use cherries.

Additional info: A study shows that the pink lemonade’s color may be directly influencing our taste buds. People tend to associate the color pink with sweetness, so it’s possible for the eyes to fool you into thinking that pink lemonade is sweeter vs regular lemonade. Call it a circus for your mouth, if you will.

When life gives you lemons, you’re in luck as they’re packed with multiple nutrients. A quarter cup of lemon juice contains 31 percent of the recommended vitamin C daily intake, 2 percent of potassium, and 3 percent of folate – all for around 13 calories only.

However, watch out for the nutritional value of commercial pink lemonade sold in grocery stores and supermarkets. For instance, a single serving of Minute Maid’s pink lemonade contains 110 calories. If you’re health-conscious and you watch your daily calorie intake, opt for natural pink lemonade options in the market or make your own!

The same goes for regular lemonade. It’s always better to make your own at home, especially if you use all-natural ingredients.

How to Make All-natural Lemonade and Pink Lemonade

Traditional homemade lemonade is super easy and quick to make. You will only need three ingredients:

For sweeteners, you can use different types of sugar. If you want a healthier option, go with raw honey or stevia. For this recipe, we’ll be using raw honey.

Once you have your ingredients, follow these basic steps:

To make all-natural homemade pink lemonade, simply add 2 cups of strawberries, raspberries, or cranberries to your blender or food processor. Process the fruits until they’re completely smooth. You can add the puree directly to the lemonade or strain it if you don’t like pulp bits.

Tips for making the best lemonade

Raw honey, filtered water, fresh and ripe lemons, juicy in-season fruits – these will help make your lemonade taste like a drink for the gods.

Take it easy with the sweetener

Just because you can add as much sweetener as you can, doesn’t mean you should. Taste the lemonade mixture every now and then to make sure that there’s a balance between the sweetness and tartness.

This gives your lemonade an extra zest. But if you don’t really like pulp, you can strain your mixture to easily remove those unwanted bits.

Make sure to refrigerate

After you mix everything, place your pitcher inside the fridge for at least an hour. Lemonade needs time to gel in the fridge so those flavors jive together and create a wonderful balance.

For pink lemonade, use fresh fruits instead of artificial flavoring

It’s not only healthier; it’s way more refreshing too!

Consider making an extra mixture that you can turn into ice cubes for later. This is so that your ice won’t water down your lemonade. 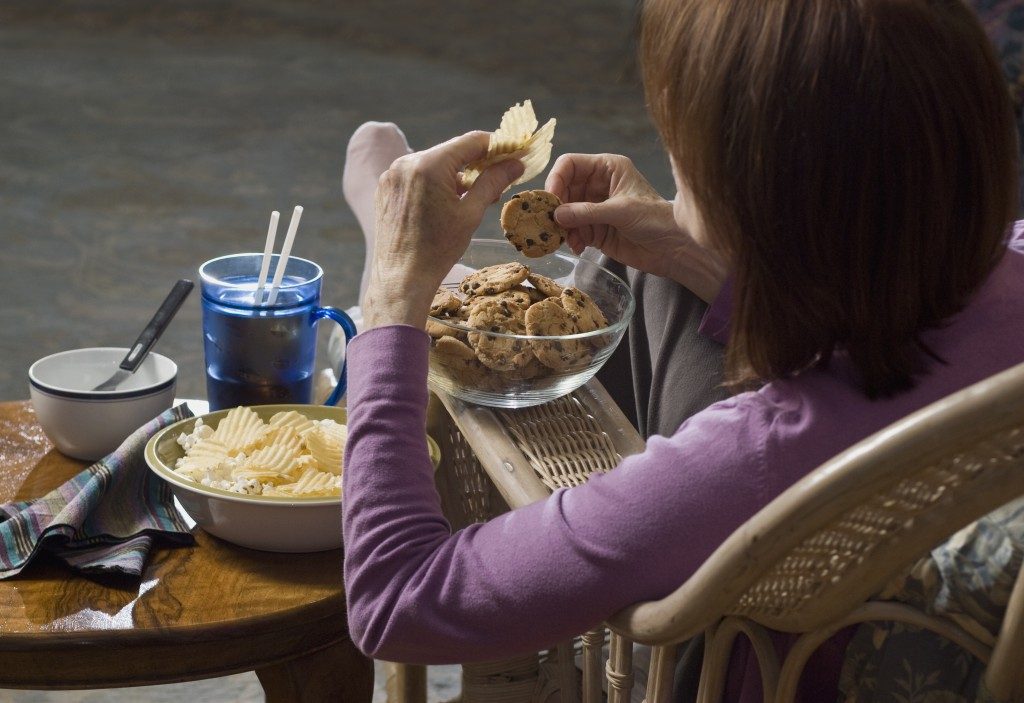 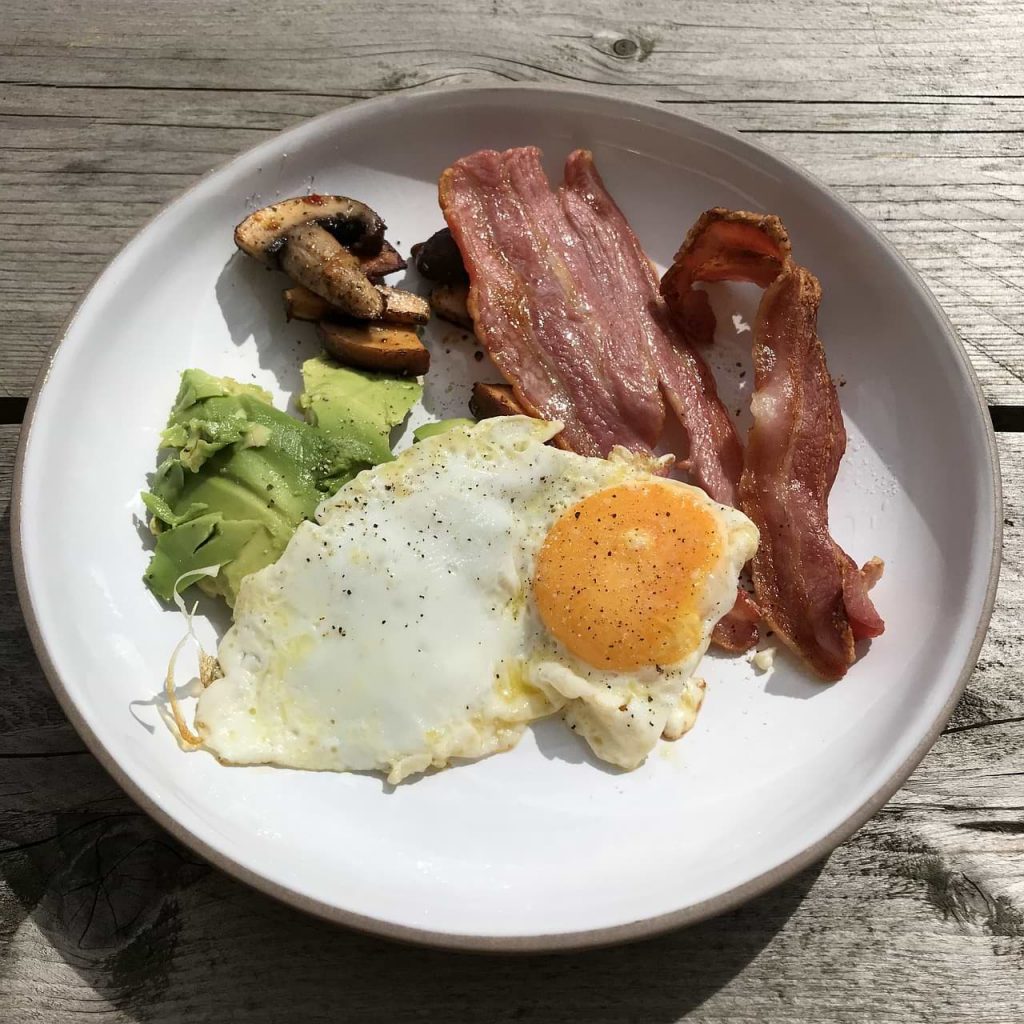