When it comes to debates on what is good and what is bad for consumption, I always hear consumption, I often hear three topics: soda, instant noodles, and microwaved food. The first two, the safe answer would always be to take it in moderation and to eat less of these and more of balanced meals. But with regards to the third, some people won’t take “microwaved foods in moderation” as an answer and are adamantly stating that eating microwaved foods are just as bad as eating a bowl of cancer cells.

But how healthy are microwaved meals, really? Let’s be real: re-heated leftovers are nothing like a nice, freshly-cooked meal. But not everyone, such as students in dormitories or employees in the office, has the ability to cook a hot meal on the spot or afford to eat out for every meal and either have to use a microwave or be stuck eating cold or lukewarm food. It’s why over 95 percent of households in the United States have a microwave oven, given the convenience it provides.

So, are microwaves really dangerous for our food, or is this just another myth and microwaves are one of man’s list of helpful tech designed to provide us with nice, hot food on the go?

How Do Microwaves Work? 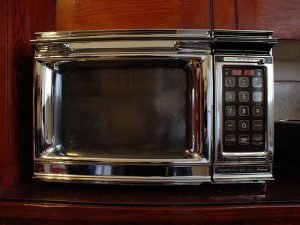 It’s difficult to explain why (or why not) microwaves are bad if you don’t know how they work in the first place. First of all, let’s talk about radiation. You may have heard of it and associate it with things like nuclear energy and x-ray, something you wouldn’t want to ingest. But there are two polar kinds of radiation: ionizing and non-ionizing radiation.

Ionizing radiation is harmless in small amounts, like x-rays, but can cause damage to atoms and DNA particles because it removes electrons from atoms. Non-ionizing radiation, on the other hand, moves the water molecules on the food but doesn’t change the chemical structure of food components. And when the water molecules vibrate, it creates heat which heats or cooks the food quickly.

The Risks of Microwaves

First, let’s take a look at why some people say no to microwaves. One of the reasons is that the heat happens so rapidly that the water molecules remove all the nutrition when it heats up. In high frequencies, Vitamin C, Vitamin B-12, and other vitamins and minerals are lost following microwave exposure. This extends to the practice of some hospitals using microwaves to heat up frozen breastmilk for infants in intensive care. A study published in the journal Pediatrics found that microwaving milk decreased lysozyme – the substance that kills bacteria from entering the body – and increased amounts of bacteria harmful for infants. 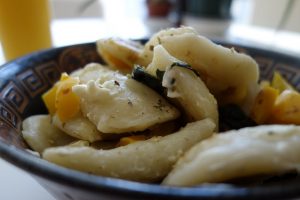 Second, microwaves can supposedly cause carcinogens. Many people believe that even if you use microwave-safe plastic containers to heat food, a little bit of plastic substance will still melt and mix with the food. As a result, you may be eating some of the carcinogens used to create the plastic. Plastic containers are made with BPA, PET, benzene, toluene, and xylene – all harmful plastic substances when ingested.

Third, there is a claim that the radiation of microwaves can cause drastic changes in your body. A clinical study and Switzerland observed the effects of food prepared in various ways. When they observed the changes taken after consuming microwaved food, researchers found decreased red blood cells, increased white blood cells, and higher cholesterol levels. This may be the result of the non-ionizing radiation that can also affect your heart rate.

The Benefits of Microwaves

However, at the other side of the debate, research and other organizations claim that microwaves, if used according to the manufacturer’s instruction and used without damage, can be safe. According to the World Health Organization, there are risks to using a microwave, but in the same way there are risks when you cook over a fire stove – you can avoid risks such as burns and boils if you use it properly. Also, it’s important to take note of microwaving things that won’t react to the radiation, which is why you can’t microwave metals or why grapes glow when microwaved.

With regards to food safety, there is supposedly no link between microwaves and cancer. In 1997, researcher Peter Valberg looked at incidents and distribution of cancer and microwave radiation and found very little evidence to support the link between the two. After all, non-ionizing radiation is not powerful enough to mess with the composition of food, only to make water molecules vibrate and produce heat.

Even the World Health Organization has disproved the claim that microwave ovens make food radioactive. According to them, a microwave acts similar to a light; the moment it turns off, there is no radiation that remains. For the loss of nutrients, it has more to do with the vitamins itself than the microwave. Vitamin C breaks down easily when exposed to heat. It’s the same reason why boiling vegetables for a long time and softening it removes some of the nutrients from the vegetable into the water. The same process applies with microwaving vegetables.

As for plastic containers, plastics used to handle food are regulated for food safety. This is to ensure that nothing dangerous goes into food, hence the microwave-safe label. People who are still uncertain of plastic safety in microwaves can also opt for glass containers instead, which are also microwave-friendly.

In fact, according to the World Health Organization, the food safety concern they should be more cautious about than radiation is the fact that microwaves do not work well on thick pieces of food. Eating food that isn’t cooked throughout could cause food poisoning because it hasn’t completely eliminated all the dangerous bacteria.

The debate of whether or not microwaves are safe to use is divided between people who think microwaves are unsafe due to its radiation, and people who trust that microwaves were built with consumer safety in mine. Personally, I hate having leftovers in the fridge and always prepare just enough to feed my family every mealtime. However, every now and then when I know I won’t have time to prepare a meal, I use a microwave because it’s convenient. And so far, I haven’t felt any side effects from using my microwave, so I’ve decided to keep it in my home, but only use it when necessary.